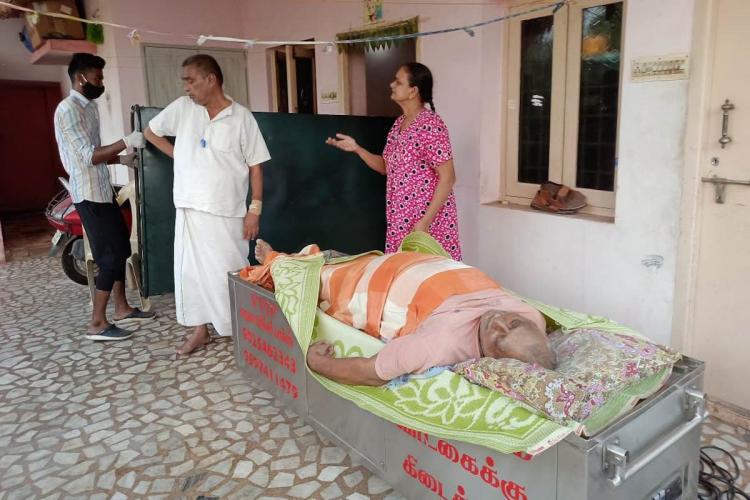 In a strange incident, a 74-year-old man had been rescued from a freezer in Tamil Nadu after spending over 24 hours inside the box alive. The old man had been stuffing in the freezer, meant for corpses, and while still alive after a private hospital in Salem district declared him dead.

However, on Tuesday, the official from the agency got a shock when he saw Balasubramaniakumar alive and in a semi-conscious state with his hands and legs tied, in the box with the lid closed.

This incident shook my spirit. A sick old man battling in a freezer box for 24 hours, oh my God, what would be his heart’s cry? This incident may be my mistake but honestly many old people go through a hell of suffering because of the negligence of family members due to old age sickness. When they were young they were included in everything but in the most wanted stage they are completely rejected, why?  Is it not true that we all would become babies in old age? And is it not very important to send them to eternity with dignity and peace? Snehan stands with such neglected ones. Soon if not all neglected old people at least some would have the privilege to end their life happy at Snehan’s care.